Ram is a fortress on the right bank of the Danube in the village that has the same name, 25 km from Pozarevac and 15 km from Veliko Gradiste and is situated a little more than 100 km from Belgrade. It is located on a rock that slopes towards the Danube from the northeast side. It is assumed that it was built opposite the Haram fortress, which was located on the opposite side of the river, which nothing remains today. 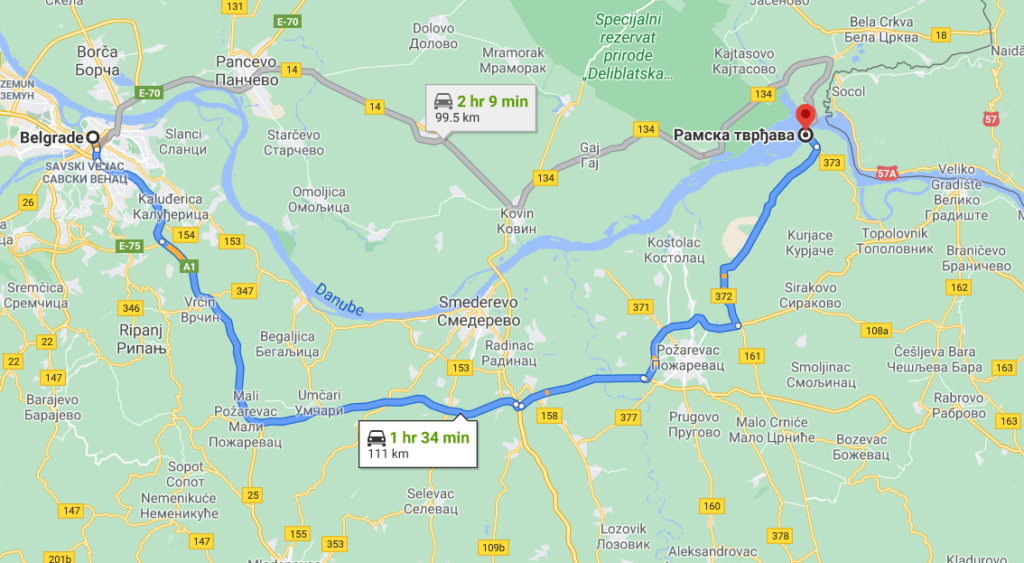 Formation of the fortress and construction

It is not known for sure when Ram was built, but the fortress of Horom is mentioned in reports from the Hungarian-Bulgarian wars. Trajan's Pillar in Rome describes the first crossing of Roman legions in the campaign against the Dacians over the pontoon bridge near Rama, judging by the statement of the deputy mayor of Veliko Gradiste, Sladjan Markovic. He also stated that there is evidence that Karadjordje moved to Serbia right near Rama because of the monastery that St. Sava built in the 13th century and when all communication took place. However, the oldest record of Rama is in 1128, when the Byzantines defeated the Hungarians near this fortress.

Ram Fortress has five towers connected by mighty ramparts. It was built as the first typical artillery fortification in Serbia. It has 36 cannon openings, which speaks of its great power, and for the sake of comparison, it should be noted that the Kalemegdan Fortress in Belgrade has only 22 openings. They are arranged on the walls of towers and ramparts, so that they cover the entire circle around the fortress. Tourists are very interested in touring this Danube treasure, because as the visitors themselves say, there is no better place to understand the medieval battles than to stand on the battlefield!
After the expulsion of the Ottomans from Serbia, the revival of the country began, which was most felt in Rama during the reign of Prince Mihajlo. In 1859, a new organization of state administration will follow. From Ramsa to the Pec principality, the Ram district was formed with its headquarters in Veliki Gradište.
In Milosevic's Serbia, Ram with Dubravica and Veliko Gradiste were the main export ports. A special ferry worked here on the Ram-Bazjaš route, which mostly exported fat pigs, corn and grain. It is known that Prince Miloš himself had several of his own people here who bought cattle for his account. 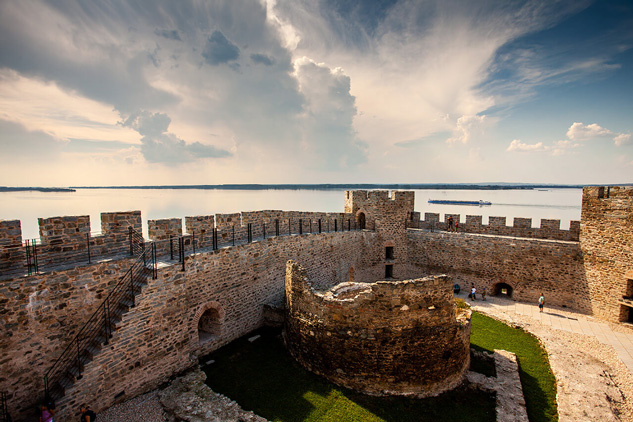 Legends about the origin of the fortress

One of the legends says that Romulus' younger brother Remus, after an argument with his brother, went with his wife Leticia to look for the most romantic place in the world, in order to continue his life there. They wandered for days, until at the end of the day they came to a high rock from which the view extended to a large, mighty, and completely calm river. The rock beneath them shone bright red, while the river took on pink tones.
Fascinated by the sight, he looked at his beloved Leticia, whose face was illuminated by the strong light, and the color of her hair took on intense tones. All those beautiful colors were reflected in their eyes and they decided at the same time - we will make a home here. After Rem, the settlement is still called Ram, and "National Geography" declared the sunsets at this place to be one of the most beautiful in Europe.
Another legend says that the sultan lived in the fortress, who had his harem on Ada Chibuklija, where the most beautiful girls of this area were brought. He often went to the island on "Chibuk" with Pasha and prominent military leaders (Turkism - smoking tobacco). The famous hajduk Milenko Stojković, who is a native of the nearby village of Kličevac, one night invaded Čibuklija and released all the girls, who after the liberation joined Milenko's hajduk detachment and became the most beautiful but murderous hajduk troupe in this part of the Danube. 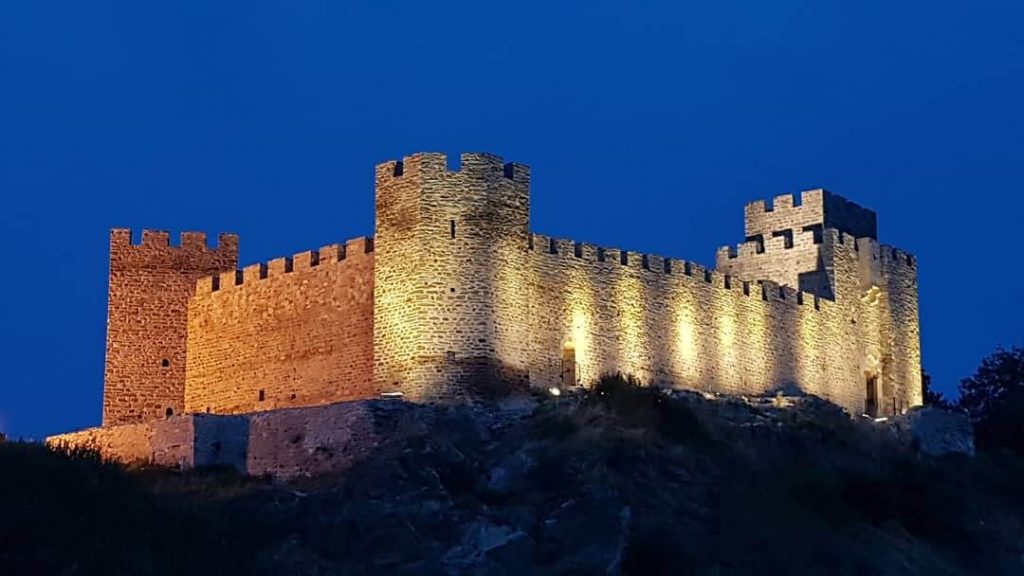 The remains of the fortress are in good condition today. In 2013, infrastructural works were performed on the landscaping and security protection of visitors. In 2019, the fortress was completely reconstructed and represents an interesting tourist destination. The Danube cycling route also passes through Ram and every year several tens of thousands of cyclists visit Ram. This cultural good has multiple meanings for the preservation of the historical thread and cultural identity of our society.