Belgrade from the water part 3

As part of the Belgrade from the Water series, we have written about three Belgrade bridges, sights on Kalemegdan that can be seen from the river, and the Contemporary art museum. With this blog, we finish the series, and in it, we bring you stories about the Ada Bridge, Nebojsa's Tower, and Gardos tower. At this point, we can immediately mention that there are even more sights. Even if Belgrade were not full of history, which we also presented in our book "A Brief History of Belgrade," a trip along the Danube and the Sava would be beautiful simply for its surrounding nature: the Great War Island, the confluence, and even just the width of the Danube on which it is still possible to find fishermen, are just some of the unforgettable encounters during the cruise.

But let's continue where we left off - at the bridges. Although all Belgrade bridges are interesting, here we highlight the story of the "Ada bridge," i.e., the bridge over Ada.

The Ada Bridge is the most modern and newest Sava bridge in terms of architecture. The construction of this bridge was completed in 2011. Symbolically, the bridge was opened for traffic on New Year's Eve, i.e., January 1, 2012. years. In addition to the capacities in which it is used today, the bridge is also envisioned as part of the future metro. In terms of infrastructure, the Ada Bridge is of exceptional importance, given that it is the only bridge that connects New Belgrade and Banovo Brdo. However, it is less well known that the bridge over the Ada has been in infrastructure plans for almost a century.

The first sketches and plans for constructing this bridge appeared in the interwar period. And yet, due to the destruction during the Second World War, Belgrade was left without a single road bridge (remember the story of the Old Sava Bridge). Thus, the plan to build a bridge over the Ada was shelved in the post-war years until the idea returned to the public spotlight at the beginning of the 21st century. Today, the Ada bridge is one of the city's symbols, and it is an unavoidable construction seen in many music videos and movies. 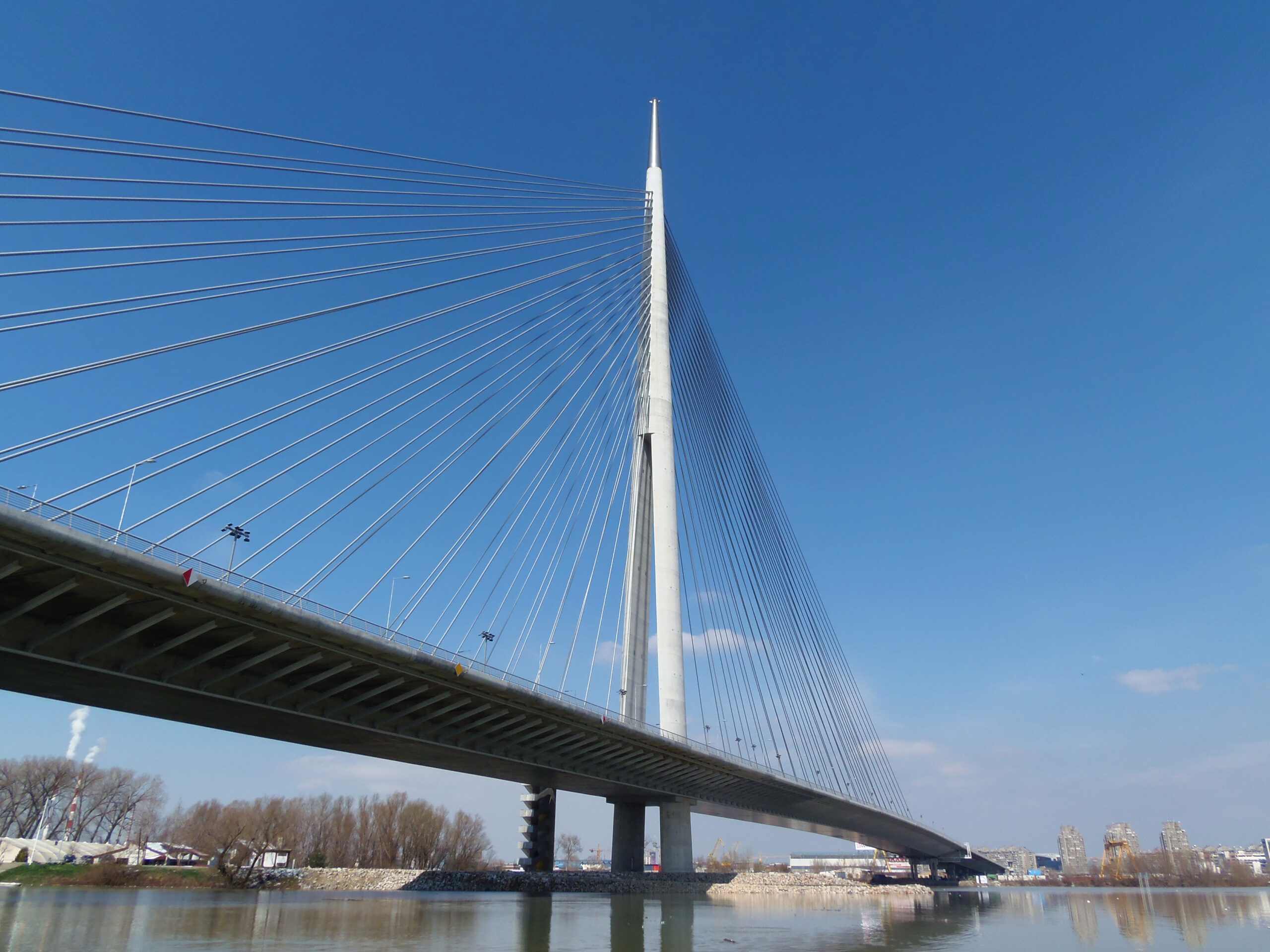 The Nebojsa Tower is one of the oldest fortifications within the Belgrade Fortress, i.e., Kalemegdan. Those less versed in history would rightly wonder whether it is "Nebojša Tower" or "Nebojša's tower," but in this linguistic confusion lies the answer to the question of how the tower got its name. If it was called "Nebojsa's tower," it would indicate that some famous Nebojsa lived there or owned it. However, that couldn't be further from the truth. Although Nebojsa is a well-known and relatively widespread name in Serbia, this tower is not named after anyone. "Nebojsa Tower," as it is only correct to call this building, was named so precisely because of the meaning that the name Nebojsa carries with it.

The Nebojsa Tower was supposed to symbolize the lack of fear, therefore, fearlessness. Old anecdotes, according to some sources, indicate the possibility that the name of the Nebojsa tower arose almost colloquially, as the inhabitants told each other "ne boj se (eng. don't be afraid)" during the sieges, and the executioners allegedly said the same thing to prisoners before taking their lives. Although such allegations are difficult to verify, the story remains interesting. It is also interesting that the tower, which was the first to be called Nebojsa, was completely blown up in Downtown (17th century). The Greek revolutionary Rigas Feraois (about whom we will write next week) was also executed in the Nebojsa Tower. Today, the Nebojša Tower has been turned into a museum. 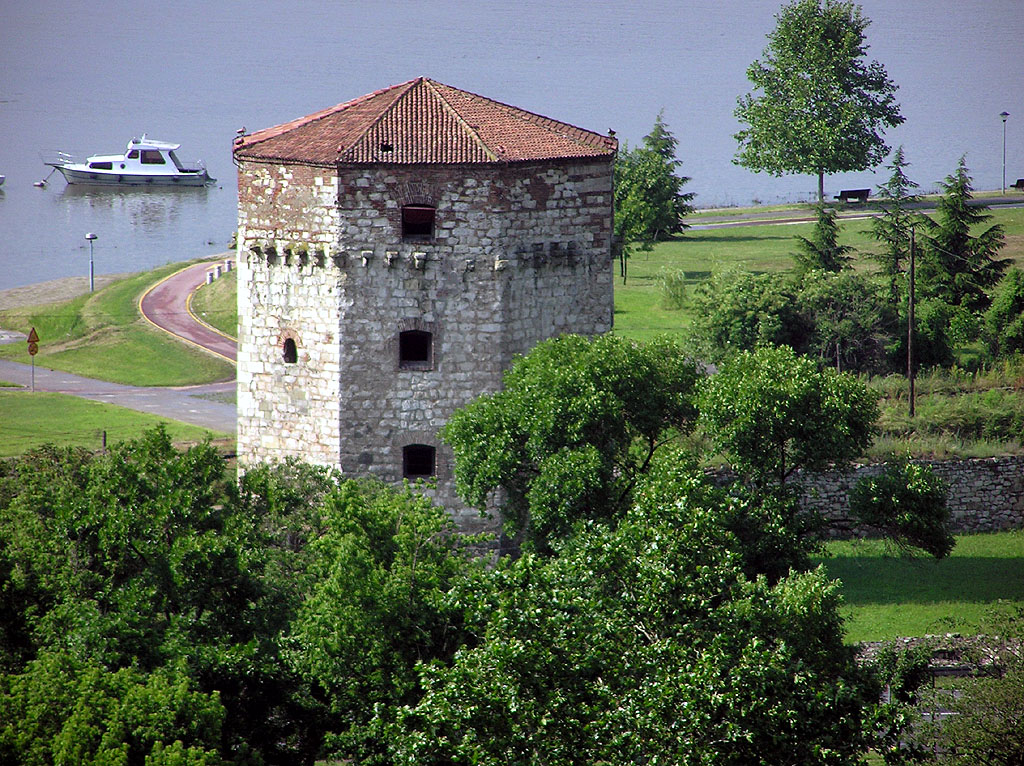 By The original uploader was Goldfinger at Serbian Wikipedia. - Transferred from sr.wikipedia to Commons by Micki using CommonsHelper., CC BY-SA 3.0 rs, https://commons.wikimedia.org/w/index.php?curid=16648281

The Gardos Tower is one of the most famous landmarks of Zemun that can be seen from the water, and it is also known as the Millennium Tower and Sibinjanin Janka Tower (John Hunyadi Tower). Although interesting archaeological artifacts from the age of the Roman Empire have been found on its surface in the last ten years, interesting myths are associated with the Gardos tower. They stood the test of time, even though detailed archaeological research has shown that myths are often not much more than just that - myths.

Namely, the tower was partially destroyed during the First World War. The partially collapsed tower blocked the entrance to the basement. It was said that the Austrians did this on purpose to avoid hiding the secret corridors leading all the way to Kalemegdan. However, during the first renovations, it was established that there were no underground corridors, just like during the reconstruction in the 1960s. The connection with Kalemegdan does not end there since the Gardos tower, just like Nebojsa tower, had an essential role as an observation post.

In the original sketches kept in the Belgrade Museum, it can be seen that the original Gardos tower had an eagle at the very top, while on the sides were a coat of arms and a sculpture of a lion. Today, only the lion sculpture has withstood time. 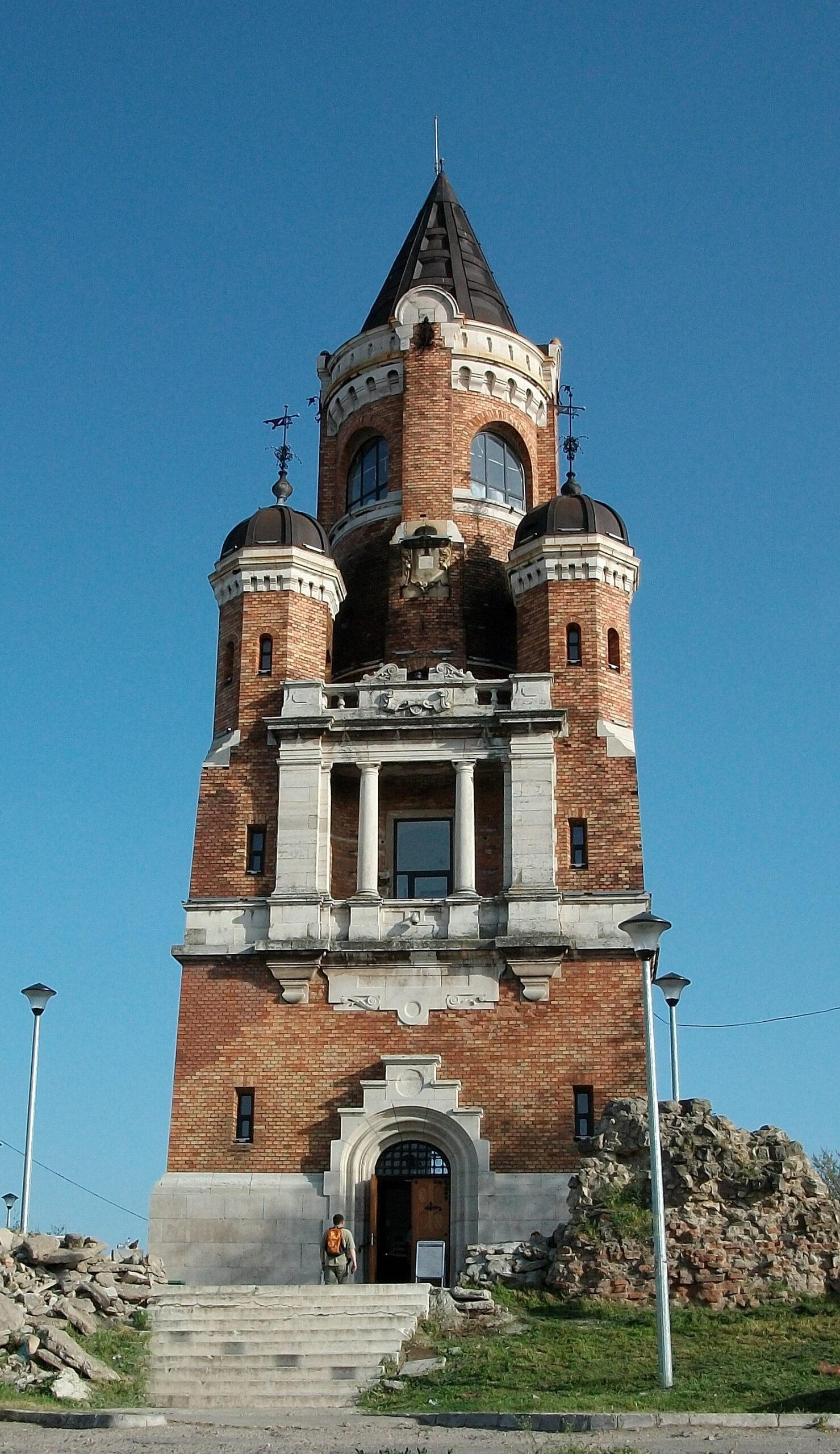