"This year, the plum tree gave many fruits. And pear and apricot" - Rajko, officially my "second cousin", and unofficially my uncle, will tell me a little later; in any case, a man whom I rarely see, and even then he usually brings sweets and coffee to me to sweeten the conversations that are not particularly long. Rajko lives in his native village, in the house next to my grandfather's native house, and this time I find him in a big cloud of thick smoke that curled above the cauldron where the rakija (brandy) is brewed. He greets me in his standard and simple outfit, with only an ancient pink baseball hat that says "Miami beach" sticking out; a cap that is without much doubt at least a few years older than me. The very end of summer and the beginning of autumn is the season for making brandy, and out of the corner of my eye I notice that Rajko has already struck ten lines with blue chalk on the white wall under the number 2022. I guess it's the tenth cauldron that he has finished this season. "I'm glad you came now, while I'm brewing, come later to try last year's „plum“" - Rajko calls me and I answer him that I'd rather hear the story of how he makes brandy. "Come, come, this year the plum has given many fruits. And pear and apricot. In an hour and a half, I'll put on a new round." For a short while, I get lost in my thoughts, how the word "plum" in one hour refers to brandy in another to a fruit tree, and it gives me great pleasure that the understanding which is which comes naturally to me. In the next hour, I picked up a bag of fallen walnuts and found a few good apples on the ground, then headed out into the yard next to mine for a big lesson that I'm transferring here to the best of my memory. 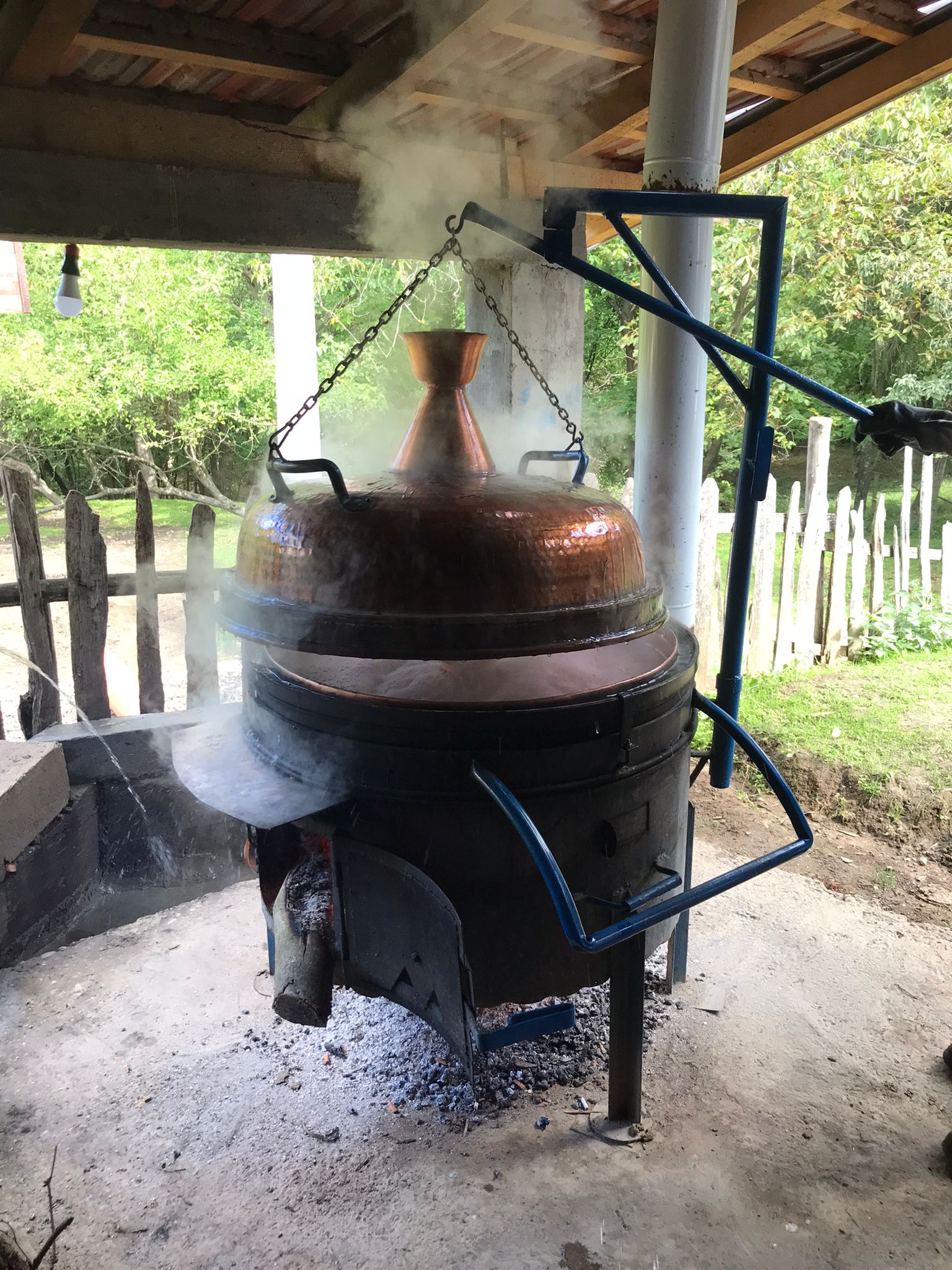 "First I have to gather fruit," Rajko tells me, "that's always your first step." Behind us are six large rubber barrels, over two meters high and about a meter in diameter, maybe more. I wonder how much fruit there is, and soon I get the answer to that unasked question. "And everything depends on how fruitful the year was. This year, sixteen tons of plums, apricots and pears, last year six, the year before last ten. It was very fruitful".

It is not necessary but it is best practice to grind the fruit so that the stones are separated, and the process of packing into barrels must be fast so that the plum does not turn sour. Rajko tells me that he waits for 21 days, or three weeks, to pass before brewing brandy. I ask him if he adds anything else to the fruit, and he says no; not sure if that also refers to yeast or if yeast is implied.

I'm trying to understand the proportions of the "loss", as everything my uncle tells me seems to me. If I understood correctly, from the plum to the brandy, the mass is lost ten times. One hundred kilograms of plums yields between 10 and 12 liters of soft brandy.

As a complete layman, a generally simple procedure seems astonishingly complicated to me. Fermented plum is poured over the cauldron (inside which the fire is burning). From that cauldron comes the pipe which is crucial for the whole process; Namely, brandy is created by alcohol evaporation and the pipe is responsible for transferring that steam to the boiler. The boiler is crucial too: it houses the cooling cylinder. Rajko tells me to touch the cauldron at the bottom, and indeed, the water in it is ice cold. However, it is visible that there is smoke coming from the top, so I learn that the top of the cooler is expectedly hot to the touch, although not too much. At the very bottom of the cauldron, I notice a tube from which a colorless liquid slowly drips and drops into a bottle, which is in the third and last vessel. Rajko tells me that the first liter, liter and a half, of soft brandy contains the highest percentage of ethyl alcohol, and that he always separates it and then spills it. All that drips into the last vessel is soft alcohol. 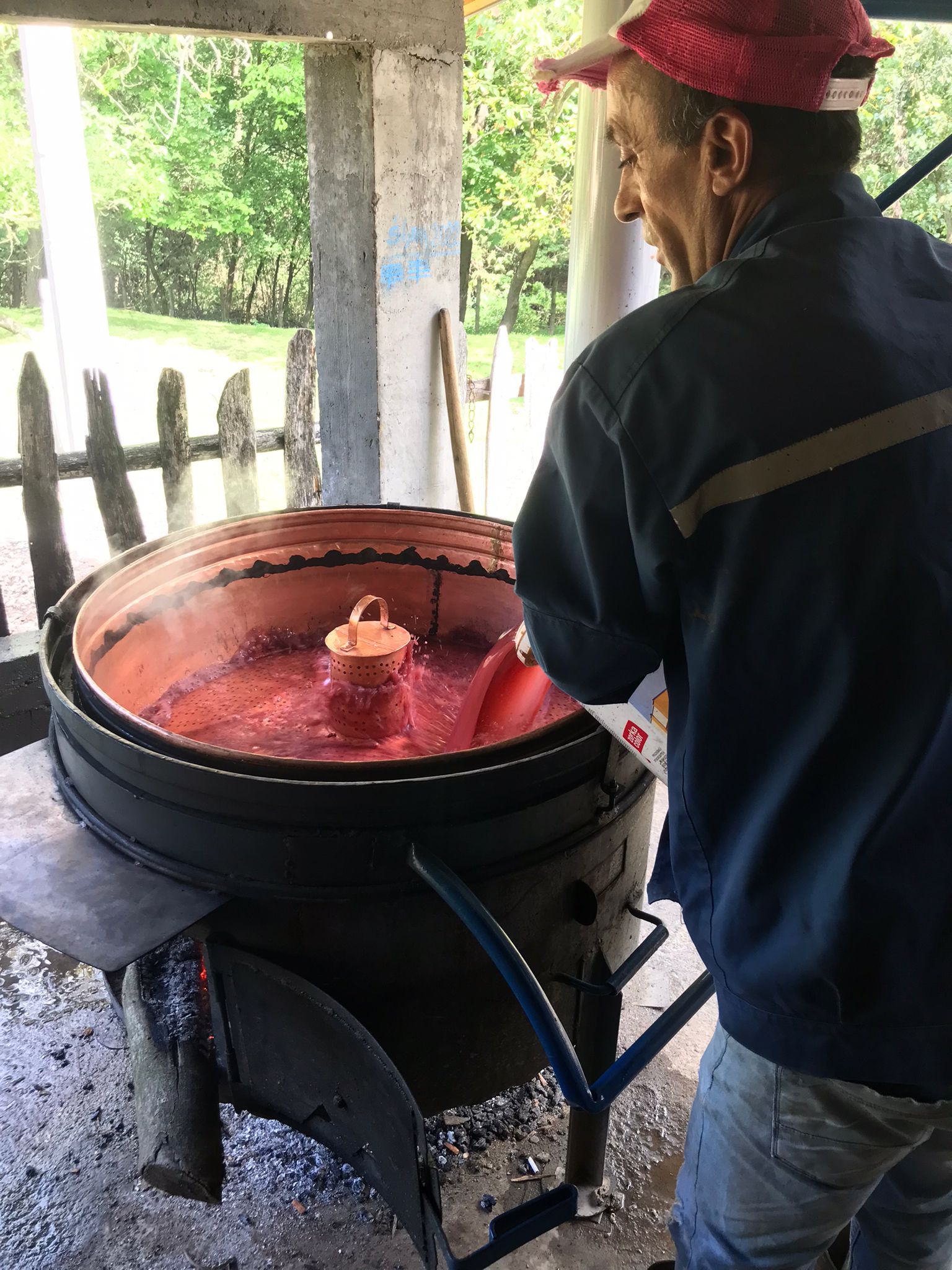 After being totally delighted with this apparently simple but really complicated method, I ask Rajko how others do it. He tells me that the process is always the same, but that there are people who make it with gas instead of fire. "Maybe I'm making a mistake," Rajko tells me, "but I believe that the quality is better if this first brandy is rebreweed“ That real brandy comes out at 60 degrees, and in order to reduce it and generally speed up the process, some manufacturers add distilled water and lower the brandy to 40-45 degrees. Rajko admits that he does the same with pears and apricots, but "never with plums." In the process of re-brewing the soft brandy, another forty percent of the mass is lost, so instead of getting 10 liters of brandy from 100 kg of plums, Rajko gets about six. He does not sweat about it.

Rajko tells me to remember that brandy is only bought by those who don't have anyone who makes it or who doesn't know anyone who does. It is important to him that the brandy associated with his name is associated with high quality, so he brings me last year's brandy for tasting: plum and apricot are on the menu. Both outstanding, and it becomes clear to me very quickly why it is important for Rajko to maintain quality. "Plum tastes better" I tell him, to which he replies "Wait, wait" as he goes back to his basement.

I returned to Belgrade with three liters of homebrewed plum brandy. Two liters in a bottle of Coca Cola, and a liter in a bottle of some water. "Pour it in something nice later" Rajko tells me without suspecting that at least half of the charm of „homemade rakija“ comes from its packaging. 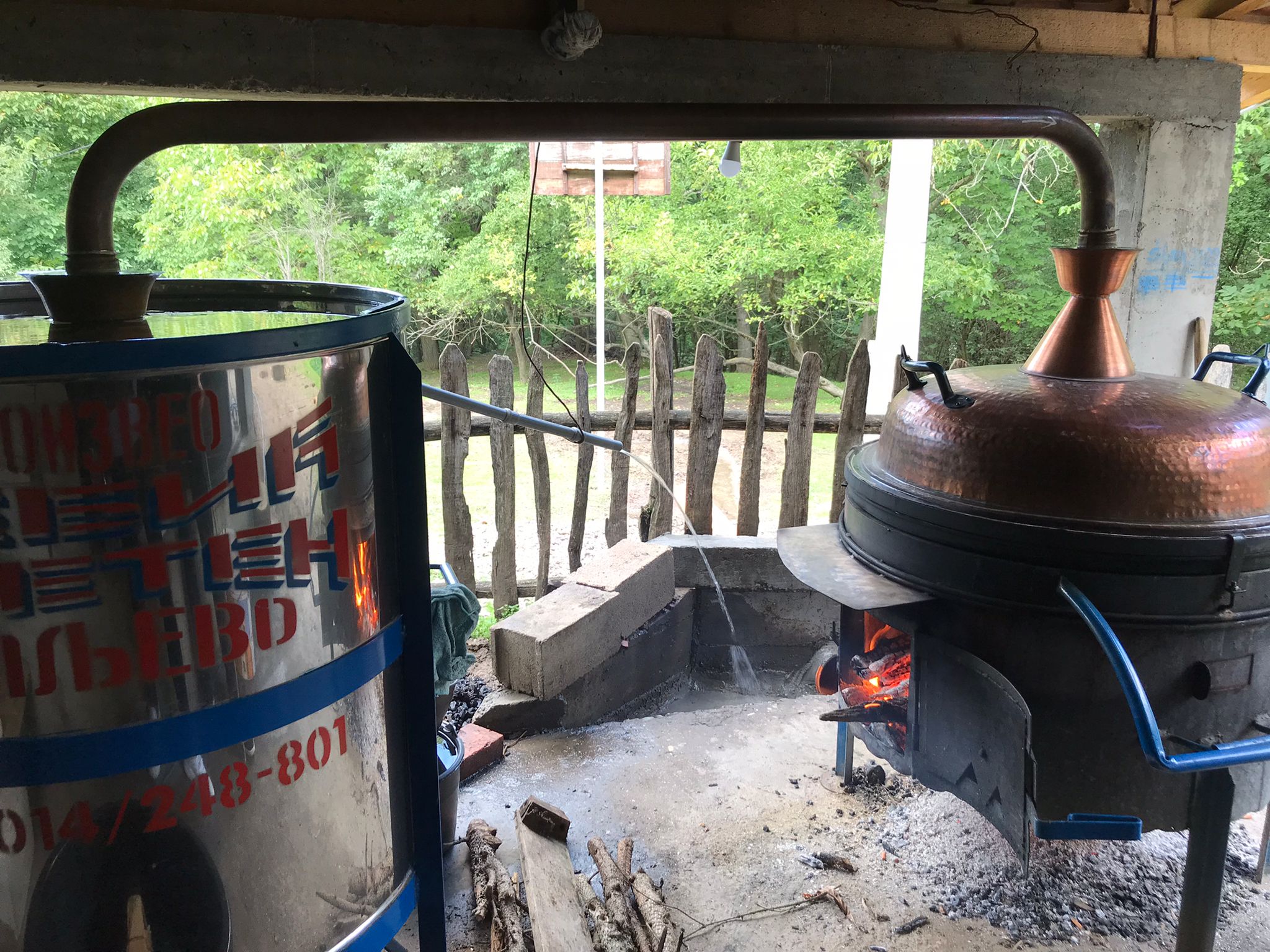