The road to the chess throne this year goes through Belgrade.

As in every sport, the most important event in chess is the tournament in which the world champion is decided. Unlike, say, football, where the world champion is decided every four years, chess fans have the opportunity to enjoy the World Championship every two years. For the last nine years, the title of world champion has been selfishly guarded by Norwegian grandmaster Magnus Carlsen, who recently said that he is more interested in reaching a rating of 2,900 ELO points than winning the world title once again. On one occasion, Carlsen even went far enough to say that he is not sure if he will defend the title unless his opponent is the young French grandmaster Alireza Firouzja. However, regardless of what Carlsen says or wants, his challenger must first win a qualifying tournament, which is also called the "Candidates Tournament". A total of eight chess players will compete for the position of the challenger. But do you know how the magnificent eight are being selected?

First, the previous winner of the "Candidates Tournament" takes one place. Last year, it was the Russian grandmaster Ian Nepomniachtchi. Then, every year, the chess organization FIDE sends one special invitation: for 2023, that invitation was sent to the Azerbaijani grandmaster Rajabov. The other six places are won through tournaments. Two places are guaranteed for the finalists of the last World Chess Cup (this is not the same competition as the World Championship). In this way, the invitations have already been handed over to the Polish grandmaster and winner of the World Cup, Jan-Krzysztof Duda, and to the Russian grandmaster, Sergey Karjakin, who won second place. Also, two places are guaranteed for two best players at the prestigious FIDE Grand Swiss tournament, which in 2021 was attended by three of our grandmasters: Velimir Ivic, Aleksandar Indjic, and Luka Budisavljevic, thanks to either great games at the World Cup or to almost diplomatic efforts of the Serbian Chess Federation. In that tournament, the victory was taken by Magnus's "favorite", Alireza Firouzja, and the second invitation was given to the front runner of the tournament, American grandmaster and Magnus’s challenger from 2018, Fabio Caruana. 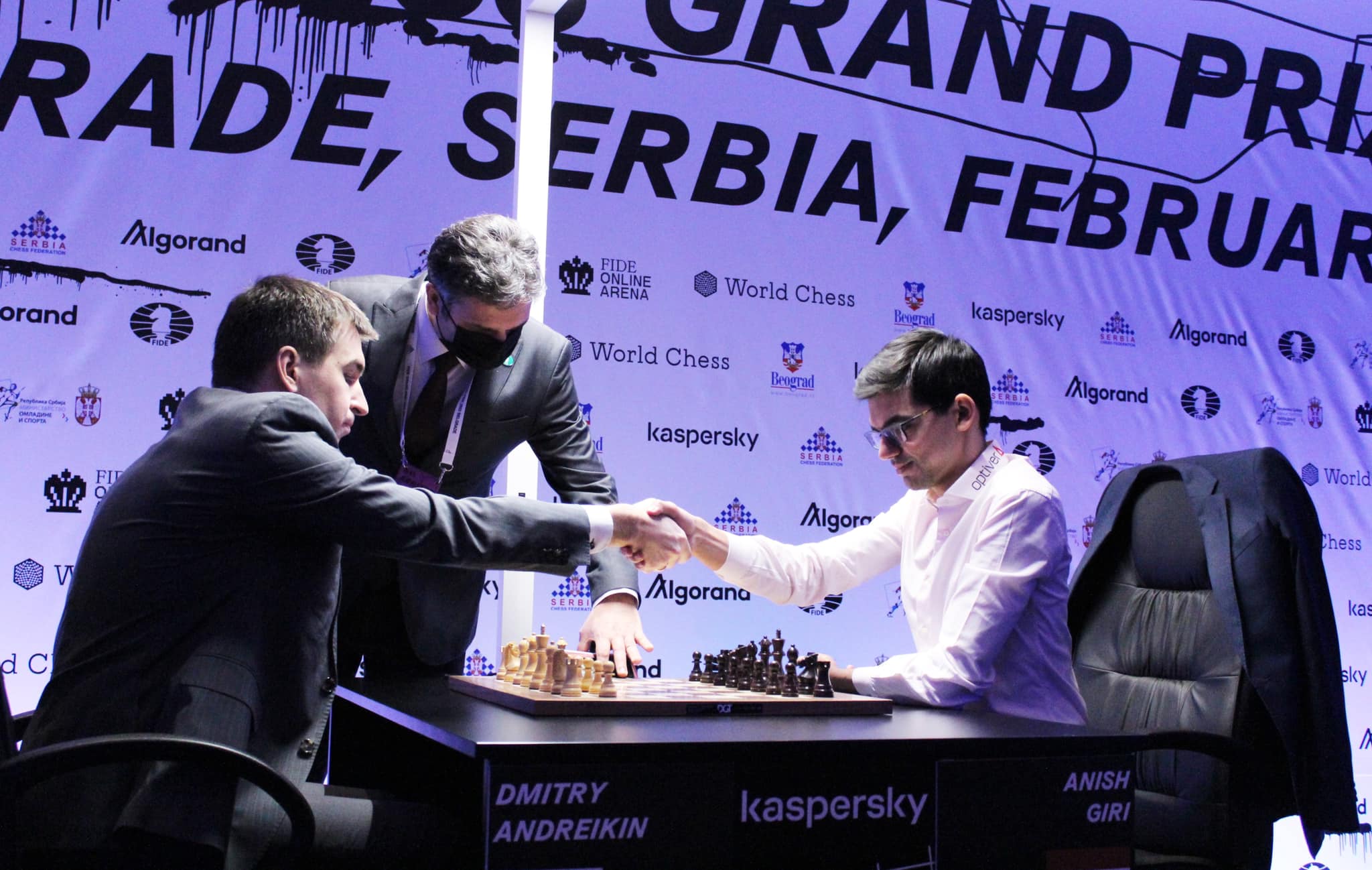 The last two places are reserved for the winner and the runner-up competitor at the FIDE Grand Prix tournament, and this year the tournament is jointly organized by Belgrade and Berlin. The Fide Grand Prix is ​​considered one of the biggest and most important chess tournaments: it brings together only the selected, best chess players in the world, and as a rule, many big names are left without the opportunity to participate in the Candidate Tournament. A total of 24 chess players are competing in three tournaments (each of the chess players participates in two of the three tournaments). Although each of the three tournaments will officially have a winner and a first runner-up, two chess players who achieve the highest number of cumulative points will go to the "Candidates Tournament". They can win 13 points for winning the tournament, 10 for second place, 7 points for the semifinal loser, 4 points for the runners-up in each group, 2 points for the third-placed in each group, and zero points for the fourth place in a group stage. In the first tournament in Berlin, the American grandmasters Hikaru Nakamura and Levon Aronian took 13 and 10 points respectively. 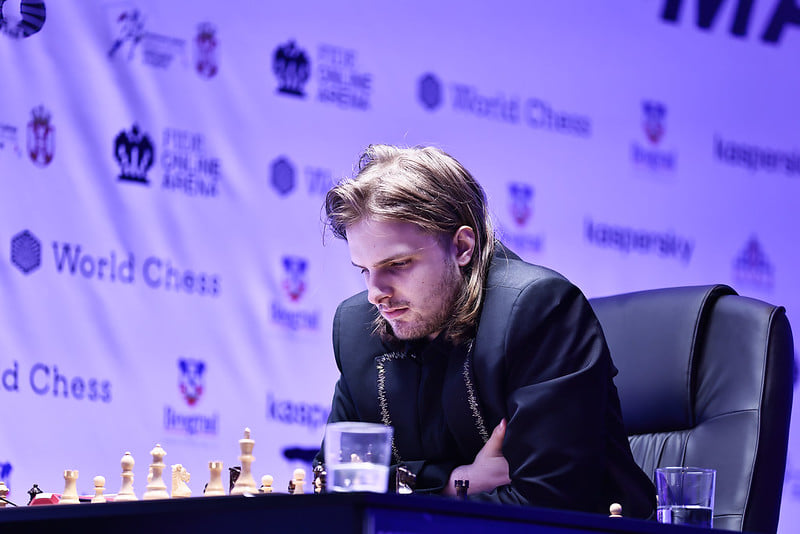 The first finalist is already known in Belgrade - Hungarian Grandmaster Richard Rapport. He somewhat surprisingly eliminated favored French grandmaster Maxime Vashir-Lagrave in a game that commentators described as "a party that ended before it even began" - although the popular MVL played Grunfeld's system as part of its standard repertoire, Rapport prepared well and routinely realized the quickly gained advantage and finished the job in a relatively short 37 moves.

In the second semifinal match, Dutch grandmaster Anish Giri and Russian grandmaster Dmitry Andreikin will compete. Since the first two games ended in a draw, the tie-break will decide on Rapport's opponent.

At the same time, in the Crown Plaza Hotel, where the Fide Grand Prix tournament is being held, the Grandmaster Tournament "Belgrade 2022", a strong international tournament is being held. Our national team members are also participating in it: Markuš, Inđić, Ivić, and Ivanišević. Currently, our best-placed players are Aleksandar Inđić and Velja Ivić. Inđič scored 3 out of 5 possible points, which puts him in fourth place and just 0.5 points below Russian grandmaster Sanan, who is at the moment occupying first place. Ivić is currently 7th, with 2.5 points.

Click for Serbia welcomes the efforts of the Chess Federation of Serbia to return world chess to Serbia. The organization of such a great event at such a high level gives us the right to hope that great chess tournaments will take place in Serbia in the coming years. Click for Serbia will be there to promote them.