In the very north of Serbia, there is a charming lake, in the immediate vicinity of which there is a mini zoo, a horse stable and what will especially be thrilling for wine lovers is numerous wines from a well-known winery. You guessed right. Lake Palić attracts numerous tourists, and on the way to Palic, certainly an unavoidable destination, one of the most beautiful cities in Vojvodina, Subotica.

The origin of the lake

The lake originated in ancient times as an outcrop, although the water of the lake mostly comes from the precipitation that filled the valley. The water flowed from the surrounding terrain, washing away the sodium chloride, and so the lake became salty.
The lake is up to 2 meters deep and due to the large number of algae, it is extremely green. Formed on the border of wood and sand, this saltwater lake got its name from the Palij wasteland. Soda was extracted from the lake in the 18th century, because the lake used to be salty, so it is believed that Palić is a remnant of the Pannonian Sea. According to the legend, the shepherd Pavle fed the cattle there. 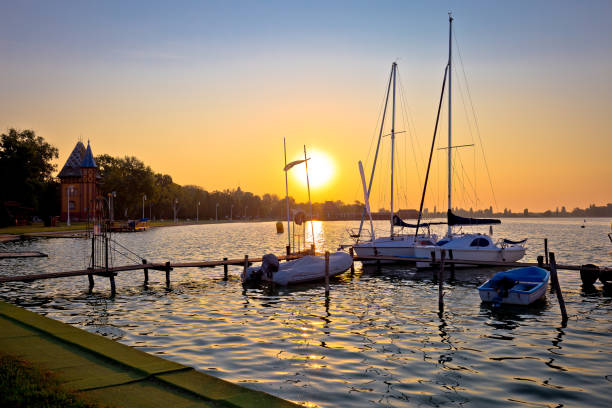 Jezersko blato is healing, so in 1845 a bathroom was built and Palić became 1852. thanks to Mayor Kujundžić and a spa. The place was the sports center of Hungary at the end of the 19th century; there was an athletic and bicycle playground. It was the work of prof. Ljudevita Vermeša. In the middle of the 19th century, a beautiful park was planted on the north coast.
Lake Palić was first mentioned in written documents in 1462 as Paly. The first drawing, or map of the lake (Paligo Palus) dates from 1690. It was known at the end of the 18th century that lake water and sludge have healing effects.
Apart from treatment (primarily bone and skin diseases), visitors came to Palić because of the rich offer of entertainment possibilities. The golden age of the Baths and Spa Palić began in the 1880s, after the opening of the Budapest-Zemun railway in 1883 and the tram line to Subotica in 1897.
After the First World War, then already part of Yugoslavia, the Great (Male) Beach, the largest building of its kind in the former Yugoslavia, was built on the east coast of Palić. After World War II, the beautification of Palić continued.
In 1950, a modern summer stage made of natural stone was built in the pine forest, where many artists were guests. In the same year, the ZOO was opened. A weekend settlement was built on the east coast, where many companies from Subotica built resorts for their workers.
The lake was drained in 1971 due to the constant drop in water levels, heat, reduction of fish stocks, wind stagnation and due to wastewater, and all the sludge was removed from it. A wastewater treatment plant was built and in 1976 the lake was refilled with water. Since then, the quality of the lake water has been carefully monitored and preserved. In 1978, the first well of thermo-mineral water was excavated in Palić, and in 1984, the Thermal Pool was opened.
In addition to the existing treatment plant, the Tisa - Palić canal was put into operation in 1995, which greatly contributed to the improvement of the lake water quality.

Gastronomy of Palic & its activities

The gastronomy of Palić and its surroundings is very famous for its excellent fish specialties. In addition to fish, dishes of German, Turkish, Hungarian and other cuisines are also served, which form the basis for preparing delicious specialties of our region.
You will surely enjoy the diversity of the gastronomic offer, top quality food, top quality wine, but also tamburitza players who will be happy to play your favourite note.
At the entrances to Palić, you will see spacious orchards and vineyards with delicious apples, pears, quinces, apricots and of course, grapes. With this in mind, one should not particularly present the fantastic brandies and wines of this area. 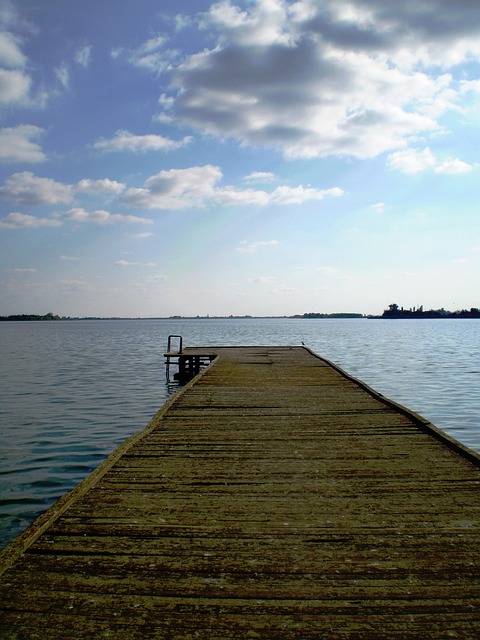 A boat, kayak, pedal boat or boat can be rented to tour the lake. By land, bicycle or rickshaw, two-seater and four-seater. The coast, 17 kilometers long, is arranged along its entire length, and it is recommended to take an easy walk from the sandy beach and the beach on one side, to the sailing club on the other side of the lake. Great conditions for rollerblading and jogging.