Šumadija and Western Serbia are often forgotten when mentioning the natural and cultural riches that Serbia has, while the focus mostly stays on Belgrade or the far south of Serbia. However, 130 kilometers south of Belgrade, there is the well-known town of Despotovac, which has just over 4,000 people in its urban part, and just over 20,000 in the entire administration. Despotovac could therefore probably boast the largest number of natural and cultural beauties per capita, as something beautiful or historically significant can be found at almost every turn. Among other things, the waterfalls Veliki Buk, Krupajsko vrelo, or Resavska pećina are just three of the most famous localities. Today, however, we are writing about the Manasija monastery, i.e. "Resava" as this monastery was still called throughout history. 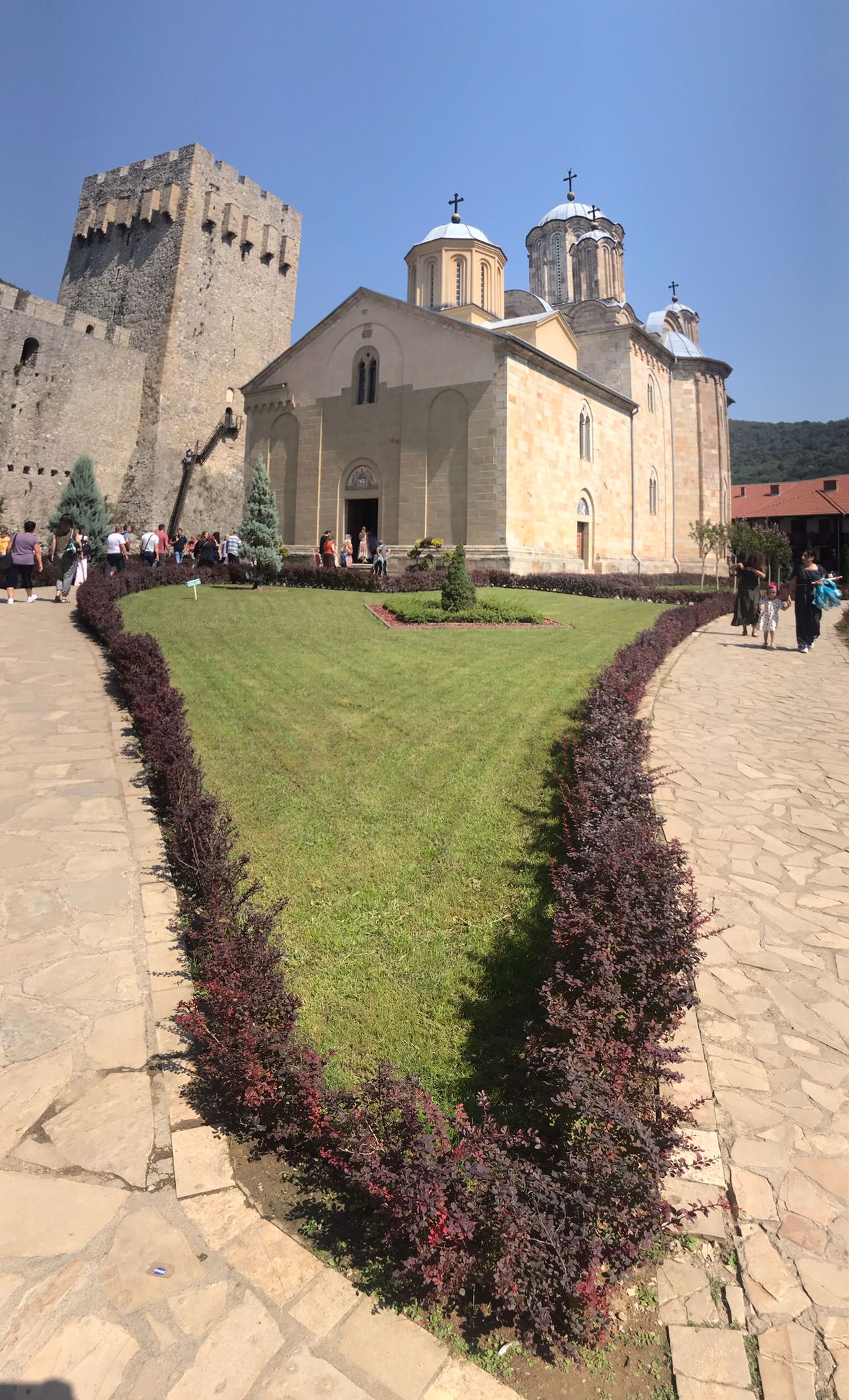 Built at the very beginning of the 15th century, between 1408 and 1415, the Manasija Monastery plays a significant role in the contemporary mapping of Serbian medieval heritage. Its founder was Despot Stefan Lazarevic, who dedicated the church to the Holy Trinity. This motif is still visible on the damaged but still present frescoes at the entrance to the main part of the church depicting the Despot's gifting of the church. Other frescoes depict various biblical motifs of Iliko, such as the Holy Warriors, but also historical figures such as Saint Sava. It is precisely because of the frescoes of the Holy Warriors that Manasija is best known, given that these frescoes are remarkably well preserved. Throughout its history, the monastery was repeatedly devastated and destroyed, or desecrated. For example, it is visible that the eyes are completely carved out the frescoes, which was the standard practice of the Ottoman soldiers when they occupied the monastery. However, the Ottomans did not completely destroy the frescoes, but they certainly indirectly contributed to their destruction. According to some sources, when the gutters were removed from the roof of the church, the roof began to leak over time and partially collapse, taking with it parts of history. 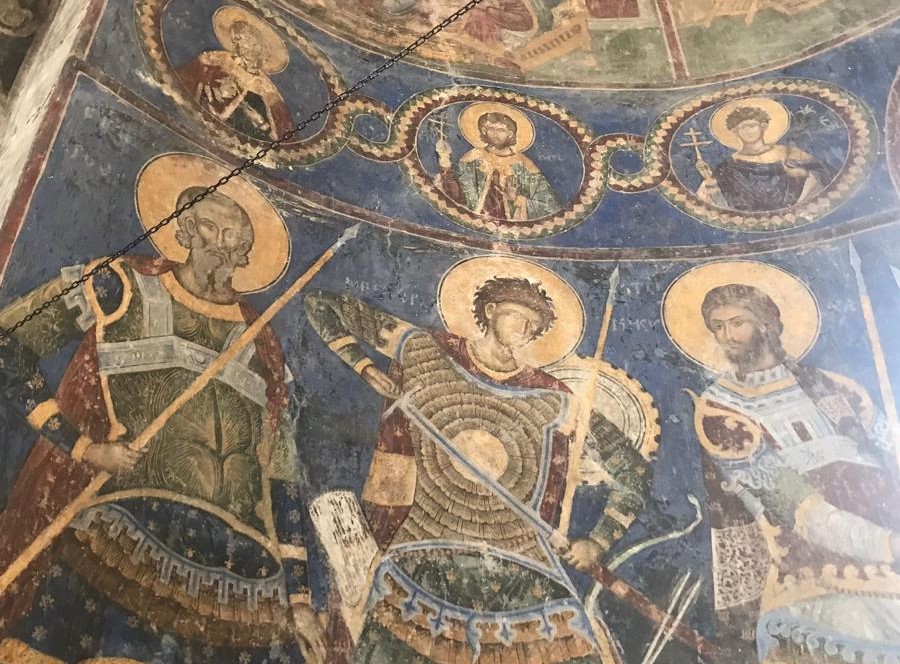 And while everything on earth can be destroyed and defiled, secrets are best kept underground. The remains believed to belong to Despot Stefan were found right in the ground. Although there are debates within the academy, the general opinion is that the DNA tests carried out unequivocally confirm the thesis that these are the Despot's relics. Today, they are displayed in the kivot in the main part of the church, just a few steps from the tombstone of Despot Stefan.

The entire monastery complex includes the surrounding towers, which had primarily a defensive function. The tallest of all the towers, the Despot's Tower, is a true architectural marvel, considering that in its basement it had a warehouse in which there was enough food for a year of the life of the Despot and the entire monastery staff, as well as an inflow of fresh water from underground springs.

In front of the church is the monastery dining room. In addition to its size (more than 500 square meters), and in addition to being the best-preserved monastery structure, the Dining Room of Manasija is known for the fact that the most important church works were copied there every day. According to some estimates, Despot Stefan Lazarević was in possession of around 20,000 manuscripts. The methods of the Resava school quickly spread throughout the Orthodox world, and according to these rules the reproduction of content was approached even on Hilandar. Today, unfortunately, "Resavska škola" carries a negative connotation because it is used when describing the practice of those most unprepared, ignorant students, who simply copy the answers. The real Resava school gathered the most educated people, such as Constantine the Philosopher.

While almost everywhere in the world Churches are mostly collective places of prayer, in our nation Churches have become a symbol of perseverance. It is in this key that Manasija should be viewed: a modest, almost hidden monastery in a small town in central Serbia that has stood the test of time.